It is with sadness that we hear of the passing of a most distinguished alumnus, Vivian Lee.

Born in Georgetown, he became a Civil Servant shortly after attending Saints, but by the outbreak of the war he was in Trinidad where he enrolled in the military as a part-time auxiliary. On his return to Guyana he opened the first independent Advertising Agency in in the country.  He was soon bound for the US, where he learnt everything about broadcasting, script-writing, commercial, interviewing, etc. On his return, his name quickly became a household word due to his wide range of Variety programming.

"The Clock on the Wall says Eight: it's time for the XM Hit Parade" was just about the most anticipated words on a Friday night for teenagers of the day.

He remained active and creative throughout his life. In 2005, he self-published the book, "Super Seniors - Beyond 65 and fully Alive", an anthology of 28 real-life stories of Canadian Seniors living exemplary lives (written by 14 authors, mostly members of the Professional Writers Association of Canada). Viv himself wrote seven of the stories that exemplify "living over 65 and being fully alive". When he arrived in Canada in 1985, at the age of 66, he founded the Guyanese Canadian Association of British Columbia, a society which raises funds, through social events, for Guyanese Charities.  He went on to produce Flying High, an award-winning board game, and also to earn a B.A in English from the University of British Columbia. In 2001, he obtained the Wordsworth McAndrew Award for Outstanding Contribution to Guyana's Culture and Heritage.

Our deepest condolences to his wife, seven children, eleven grand-children and five great-grands.


The many articles, interviews and tributes to him are listed below. 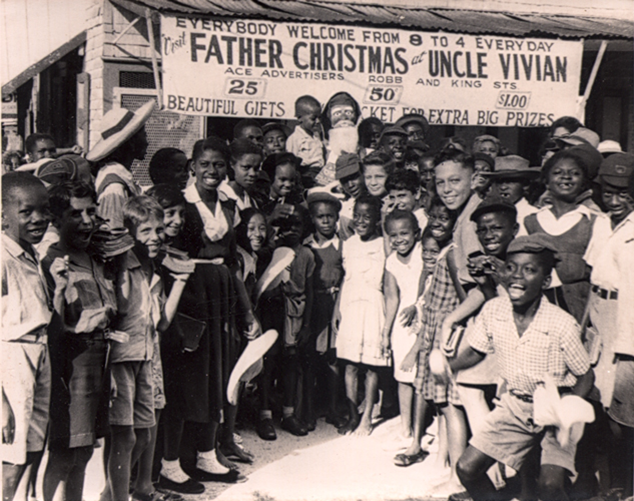