Posted by Pragmatist at 5:12 PM No comments:

Dr.. Kenneth Khan (82) passed away peacefully in Barbados on Wednesday, April 17,2019. He is survived by his wife Surudevi, his son Alexander, and two grandchildren. He was the brother of Rudolph Khan (deceased), Leonard Khan, and Zorina Khan. Kenneth will be fondly remembered as a former Roman Catholic Jesuit priest, Past Principal of St. Stanislaus College in Georgetown, Guyana, and Graduate Professor of Mathematics at Harrison College, Barbados.

Service will be presided over by a Roman Catholic priest and commences at 9:30 AM

4 Hymns have been chosen and Eulogies will take place at that time, ending around 10:45 AM
Then the funeral procession will proceed to Coral Ridge Memorial Gardens for cremation.


EULOGY
BY
LEONARD KHAN
FOR HIS BROTHER

As we journey along this earthly life, there will always be a variety of experiences as the pendulum swings between

JOY and SORROW; to reunion and parting;
darkness and light; achievements and obstacles; regret and satisfaction.

Enjoyable events may accentuate a desire to live; yet contrasting scenes and emotions may reconcile us to embracing death, that inevitable end.

Henry Hart Milman an English Poet and Historian writer wrote:
“It matters not at what hour the righteous falls asleep – Death cannot come untimely to him who is fit to die. The less of the cold world, the more of heaven, the briefer life, the earlier immortality.”

On April 17, 2019, my elder brother Ken graciously bowed out of his earthy life on the beautiful Island of Barbados where the kindness and generosity of the people of Barbados made him and his wife feel at home.
Thank you Barbados !

Ken Khan was the second child of Haroon and Khatoon Khan, two wonderful Parents.  We were a united Christian family, bonded in LOVE.

Our Dad was an educator and served as Head Master in several primary schools.  As would be expected he placed great emphasis on education and regarded it as a vehicle or platform for elevating people in general and his family in  particular, out of the bonds of colonial yolk with its inherent barriers to upward mobility and the goals of self-realization and self-fulfillment.

In 1948 at age 12, Ken entered the Saint Stanislaus College which was one of the two prestigious Colleges in British Guiana.
Ken had won a Demerara County Scholarship to go to Queen’s college.  But our Dad chose Saint Stanislaus.
Our Father wanted the Catholic influence.  At Saints S C Ken made lifelong friends especially Carlyle Moore, Oswald de Haan and Godfrey Persaud.  In 1955, Ken was awarded a Guyana Government scholarship in Natural Science to study at UWI, Mona but declined as he was already en route to the United Kingdom to join the Jesuit Order.  Ken was so intellectually and spiritually inspired by the Jesuits, that he eventually entered the Jesuit Novitiate in the United Kingdom 1958 -1961.
Ken studied at Heathrow College, Lincs. towards the Licentiate in Philosophy 1961-1964.
In the years to 1961-1964 he studied at Campion Hall, the Jesuit House of Studies in Oxford; also there, was Father Compton Meerbaux, another Guyanese who became a lifelong friend.
In March 1968 – Ken Khan was ordained as a Jesuit Priest and went on to complete a four-year course of studies.
In 1970 -1971 Ken returned to Guyana where he had a brief interlude at Saints SC teaching mathematics.

1971 - 1972 Ken returned to the United Kingdom to complete the final year of formation and then took his final vows as a Jesuit Priest in 1972 at the age of thirty-six (36). Ken then returned to Guyana and was appointed Head Master of Saint Stanislaus College. In 1975 he initiated many un-conventional programmes including an industrial workshop and Farm School at Sophia. This farm was not only a living laboratory used by students but provided practical training for Agricultural Science students at St. Stanislaus College. “Ken was driven by his belief that SSC as a Christian Society should aim at imparting both intellectual and technical skills and at forming citizens of Guyana who are imbued with a reference of God, a love of their religion and a spirit of service to their country”. (Quote from Ken’s personal views on the future of Education at SSC, dated April 25 th, 2011). Ken remained committed to teaching and felt that ‘teaching is much more than a job-indeed more than a profession. It is a way of life, it enables men and women to look on their work of teaching as sharing in the service of others”. (quote).
Ken Khan served with commitment and dedication from 1972 – 1980 as Head Master of the Saint Stanislaus College in Guyana the land of his birth. When Guyana gained its Independence in 1966 and later, became Republic in 1970, the social, cultural, political, economic programmes and policies affected the lives of many sections of people in Guyana in all walks of life.
Father Kenneth Khan was no exception.

In 1975 the Guyana Government introduced co-education and proceeded to takeover full control of the schools in 1976, making it increasingly difficult for him as Head Master to run a school with no political affiliation to the ruling Political Party.

After serving conscientiously as an educator and as Head Master of the Saint Stanislaus College until 1980, Ken Khan was unceremoniously removed by the Guyana Government. He received a two-line letter transferring him to Central High School as one of the Teachers. No reason was given. It was a time when fear, insecurity and elements of instability, uncertainty and radicalism permeated Guyana’s landscape. It was this humiliation and the persecution of the Jesuits that caused Ken to resign from the Jesuit Missionary.

In 1980, Ken left Guyana hastily from fear of his life for Barbados as the dark political clouds still hung over the church and its
members. He was accepted in Barbados and taught Mathematics at Harrison College, where he started a Scout movement. When
his health was in decline and he could not drive, Pat Derrell, another close friend, would take him to a Catholic Church for
service. Ken made many friends in Barbados that became his second home. He taught at Harrison College until
2001, the statutory retirement age at the time. He was offered citizenship by the Barbados Government and proceeded
to Cave Hill Campus to study for a PhD which he completed in 2003.

As I can recall Ken lived a humble life as a priest and would spend a lot of his time with the poor and homeless, offering comforting words and support to the afflicted, driven by his Christian values. Even after leaving Guyana, Ken remained concerned about the future of education in Guyana and of SSC. He was a great communicator and always carried a small note book of names, telephone numbers whenever he travelled and would always find the time to call friends and family members who lived in England, Ireland, cities of the U.S. and Canada. He kept in touch with his cousins and relatives of the large Khan’s clan and always, with members of the SSC alumni wherever they were located. Ken will be missed.

Dr. Kenneth Khan leaves to mourn his dear wife Surujdevi,  son Alexander and his wife Ramona and two children; his siblings –
sister Zorina and myself. Ken was also a favorite uncle to my five children and our first three - Raymond, Sean and Sharon
attended SSC during Ken’s tenure; Ken was also close to his nieces Anne, Sandra and Susan. In addition, Ken was the nephew
to Muntaz Khan (NY), fondly referred to as Uncle Polo, our last surviving elder.

We wish to express our sincere thanks for condolences from past students and members of the St. Stanislaus College Alumni and from many friends and family members.
We are reminded that ‘all the world is a stage and we have our entrance and exit’.
For me and my sister, his relatives, colleagues and friends, he will be remembered fondly.  He has left his footprints on the Sands of Time.

He will be remembered as a humble, kind considerate, generous and good humored Christian who made meaningful the Commandment of LOVING others.

FAREWELL MY BROTHER,
FAREWELL THEE WELL,
YOU WILL ALWAYS BE IN MY HEART.

MAY THE ANGELS TAKE YOU INTO PARADISE AND MAY YOUR SOUL REST IN PEACE! 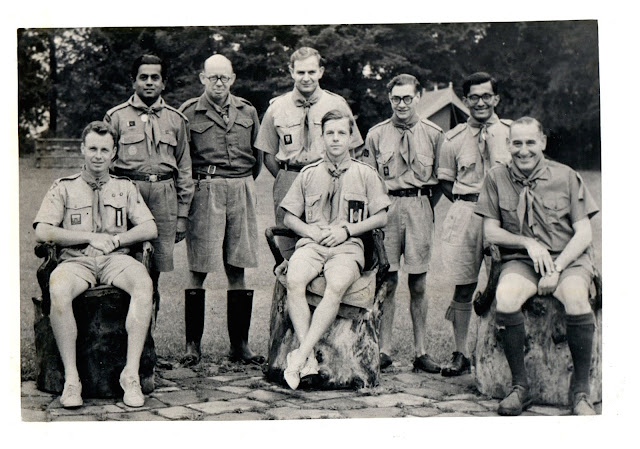 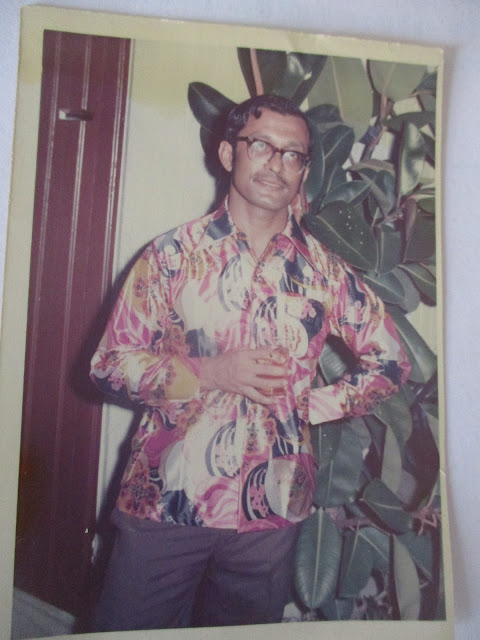 Posted by Pragmatist at 9:35 PM No comments: