The Incheon Declaration on Education

Related
http://www.digital-democracy.org/
Posted by Pragmatist at 11:15 AM No comments:

Posted by Pragmatist at 10:09 AM No comments:

The Saints Scouts have been the only scout group in Guyana to have built  a Gateway Tent Tower at a national camp. The one pictured here was erected a few years ago.


Posted by Pragmatist at 2:10 PM No comments: 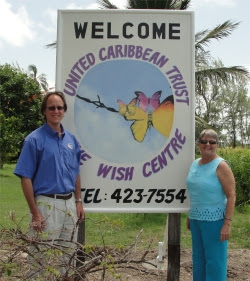 On Sunday 5th April, 2015, twenty one students and three teachers of the St. Stanislaus College embarked on LI 512 bound for Barbados. We arrived in the country at 17:55 hours and were shuttled to the WISH Centre to begin our productive and interesting journey for the proceeding eight days. Upon arrival to this temporary place of abode, students and teachers settled in, unpacked, ate and became familiar with the immediate environs and roommates. A brief meeting was held and students were reminded of the purpose of the trip as well as their expected behaviours and protocols.

Monday 6th April, 2015 was greeted with a hike to Skeetes Bay and the immediate environs of the WISH Centre. Students got their first glimpse of and heard the unique dialect of the residents of St. Phillip. After lunch, the group proceeded to Three Houses Park where they interacted with the locals who were picnicking according to the Easter tradition. We were accompanied by John and Ezra who are employees of the WISH Centre. Later, a hike to Conset Bay and the Conset Fish Market was undertaken. We returned and dinner was served. The rest of the evening was consumed by popular games.

On Tuesday 7th April, 2015, after lunch was prepared and packed, we were accompanied by Ezra as we boarded a bus and headed to Bridgetown. On the bus, students were exposed to dialect by mingling with the passengers and listening to their conversation. With this useful information, students were better able to complete their data sheets which can be termed as successful. At the end of our destination we interacted with huckers, persons at the terminals, supermarkets, and other local shopping complexes. This was very interesting. In the evening we boarded a No.10 bus, headed to the Sheriton Mall Theatre to view a local movie entitled "H.U.S.H.". It helped us to understand the culture in addition to emphasizing the dialect. Evidently, interactions at the food court prior to entering the theatre helped in this respect as well. We subsequently returned to the WISH Centre where dinner was consumed and students retired to bed in anticipation of a full day ahead.

Both students and teachers were awake by 05:45 hours on Wednesday 8th April, 2015. Breakfast and lunch was prepared and we were off to keep our appointment at the University of the West Indies, Cave Hill Campus for 10:00 hours. We began with a discourse from the lecturers from the Linguistics department who discussed reasons for studying Linguistics and career choices involved.
We then spoke to the President of the Guild of Students and an executive member of the Students Association who told us about the activities occuring on campus. After the discourse, we were given a private tour of the University's Campus by a second year law student who was also a UWI Stats representative. We returned to the WISH Centre for lunch and rest since we were invited to a panel discussion "Do as I say, not as I do", later that evening. We were transported by the UWI students guild bus to and from this discussion which started at 20: 00 hours and ended at 22:00 hours. This discussion examined the US - VENEZUELAN Relations. The speakers were a representative from the Venezuelan Embassy and a lecturer from the University. This panel discussion provided an insightful view not only about what is going on in the world around us but exposed us to the different dialects that were spoken while emphasizing the language registers.

On Thursday 9th April, 2015, after breakfast the students and teachers visited the Cheapside Market where we were privileged to converse with the vendors and also do some shopping. We returned home where lunch was served and later in the evening we attended a football match at the National Stadium. We returned home, ate dinner, and looked at a movie "Vigilante the Crossing" another locally produced movie.

Friday 10th April, 2015, we explored the St. Michael /Christ Church districts .We interacted with a few locals but mostly we tried to ascertain if the dialect of the tourists change depending on their length of stay and if a marriage of the European language and the Barbadian language occurs further. We were able to walk along the south coast and engage in a few relaxing activities. We walked up St. Lawrence Gap then made our way to Oistens via bus. At the Oistens fish market we were exposed to another variety of the dialect. We returned to the WISH Centre after a fruitful and rather interesting day.

Teachers and students did their souvenir shopping on Saturday 11th April, 2015 and explored Bridgetown. Upon return to The WISH Centre, we packed our luggage, cleaned our rooms and completed our data.

Sunday 12th April, 2015, saw a safe return travel. Students were handed over to their respective parents /guardians by 16:00 hours. 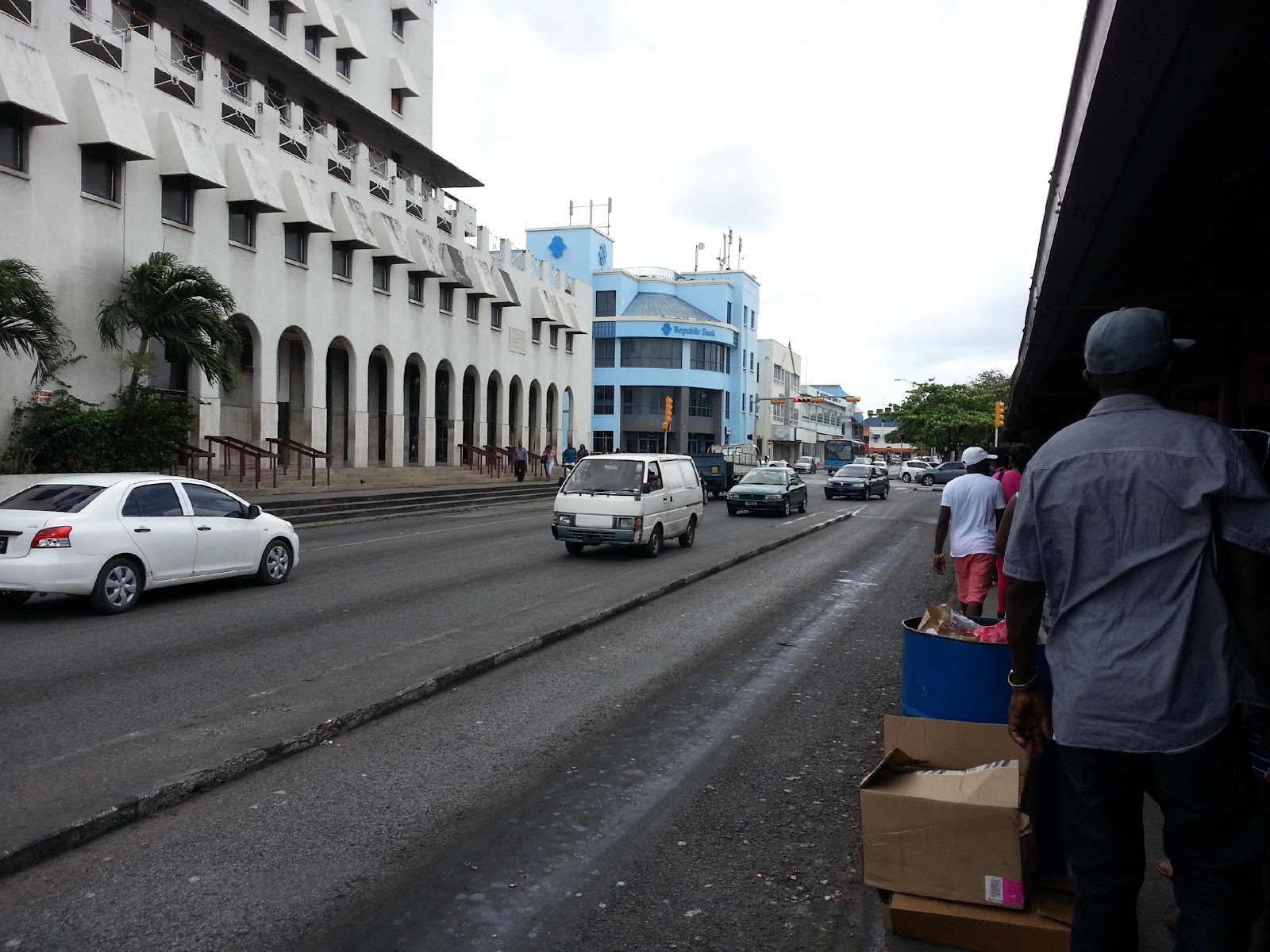 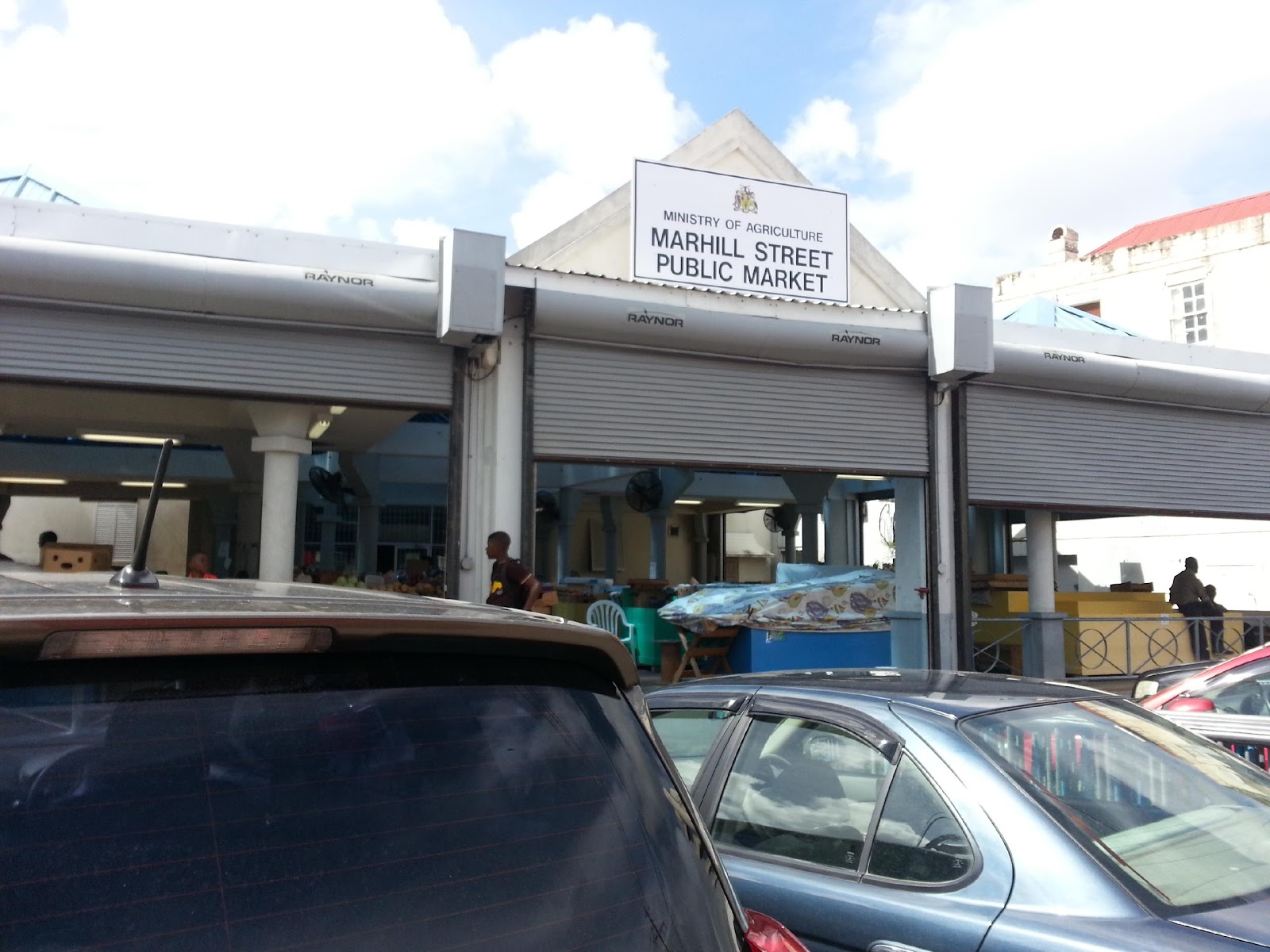 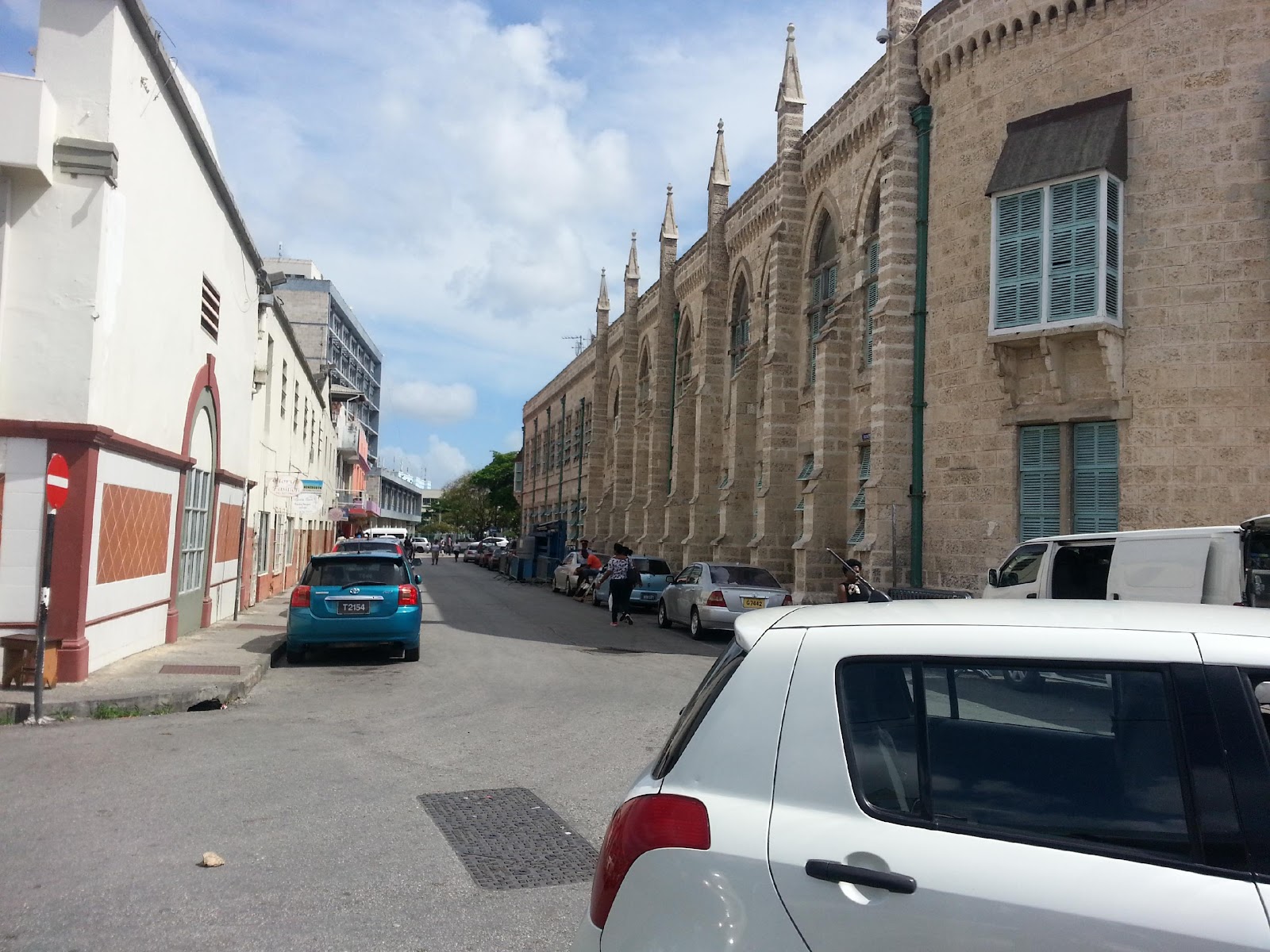 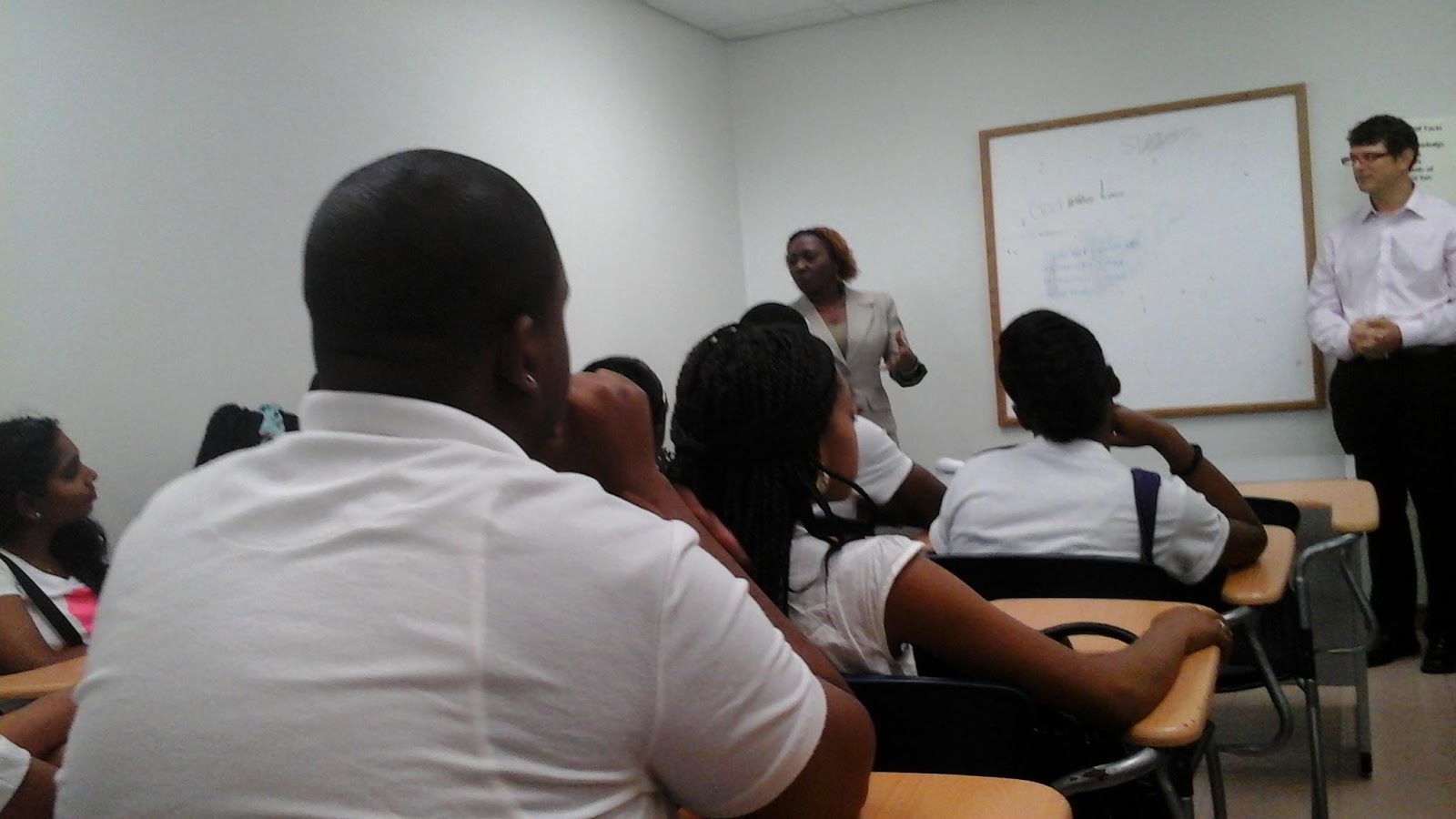 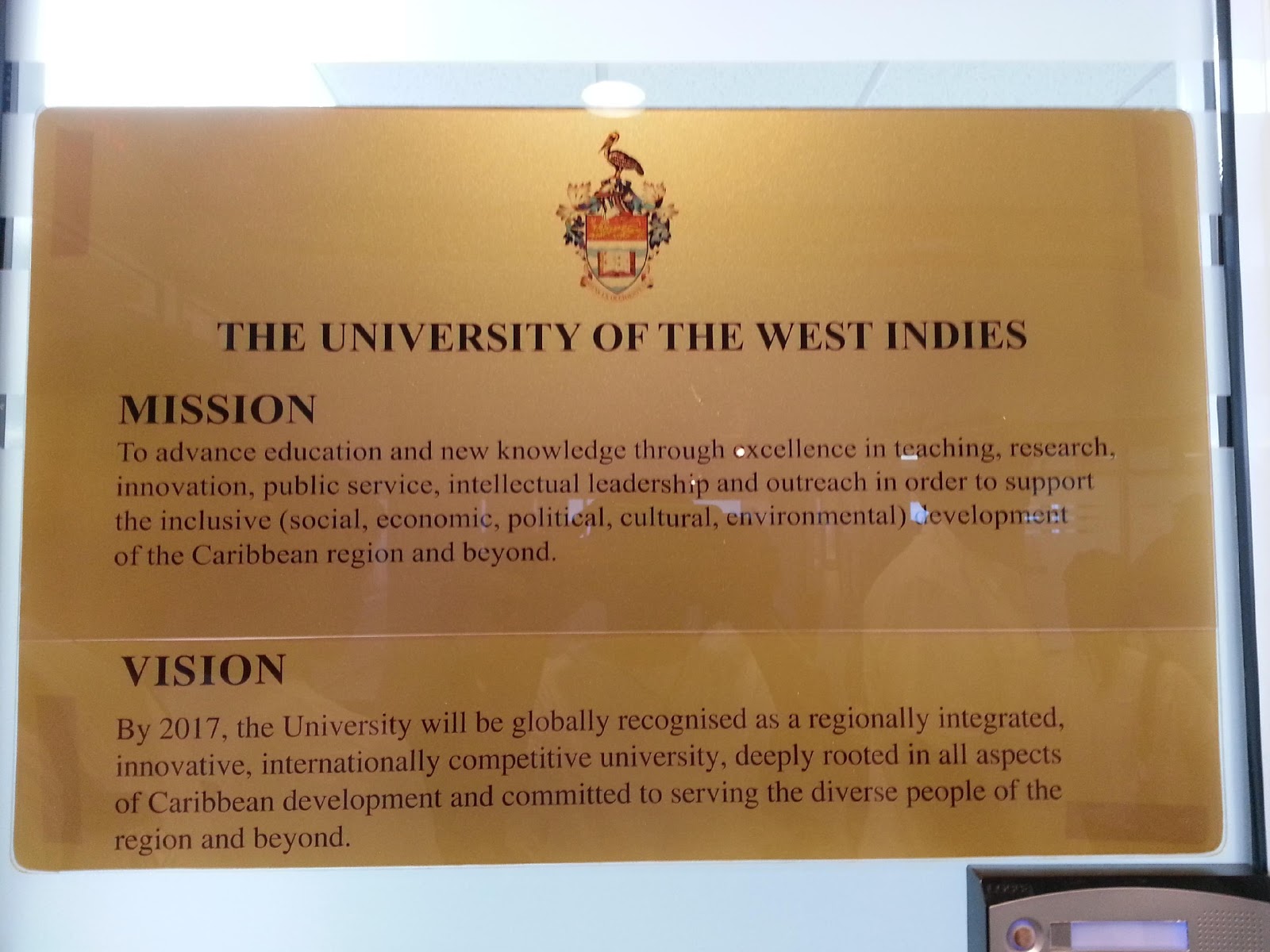 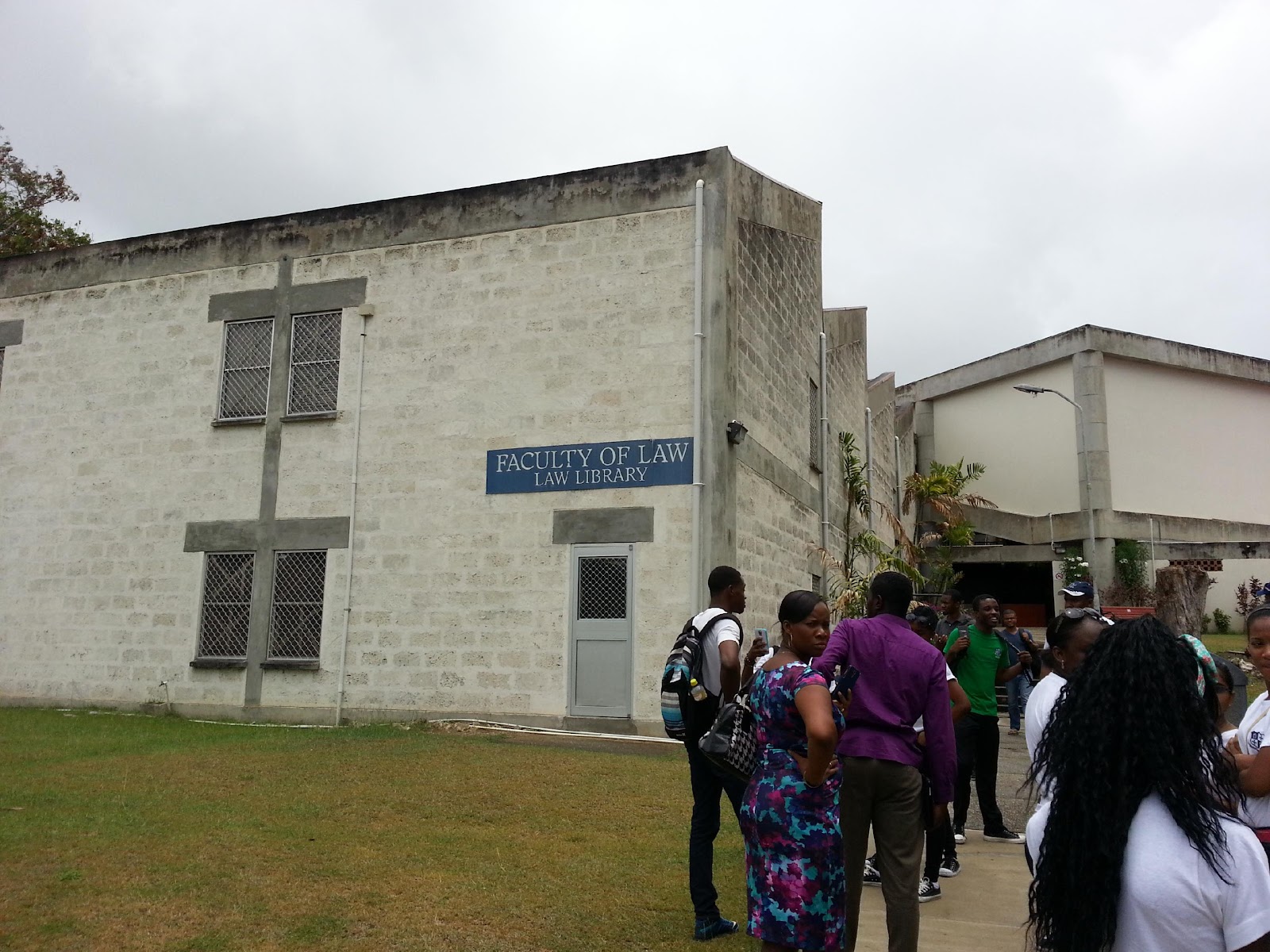 At University Of West Indies. 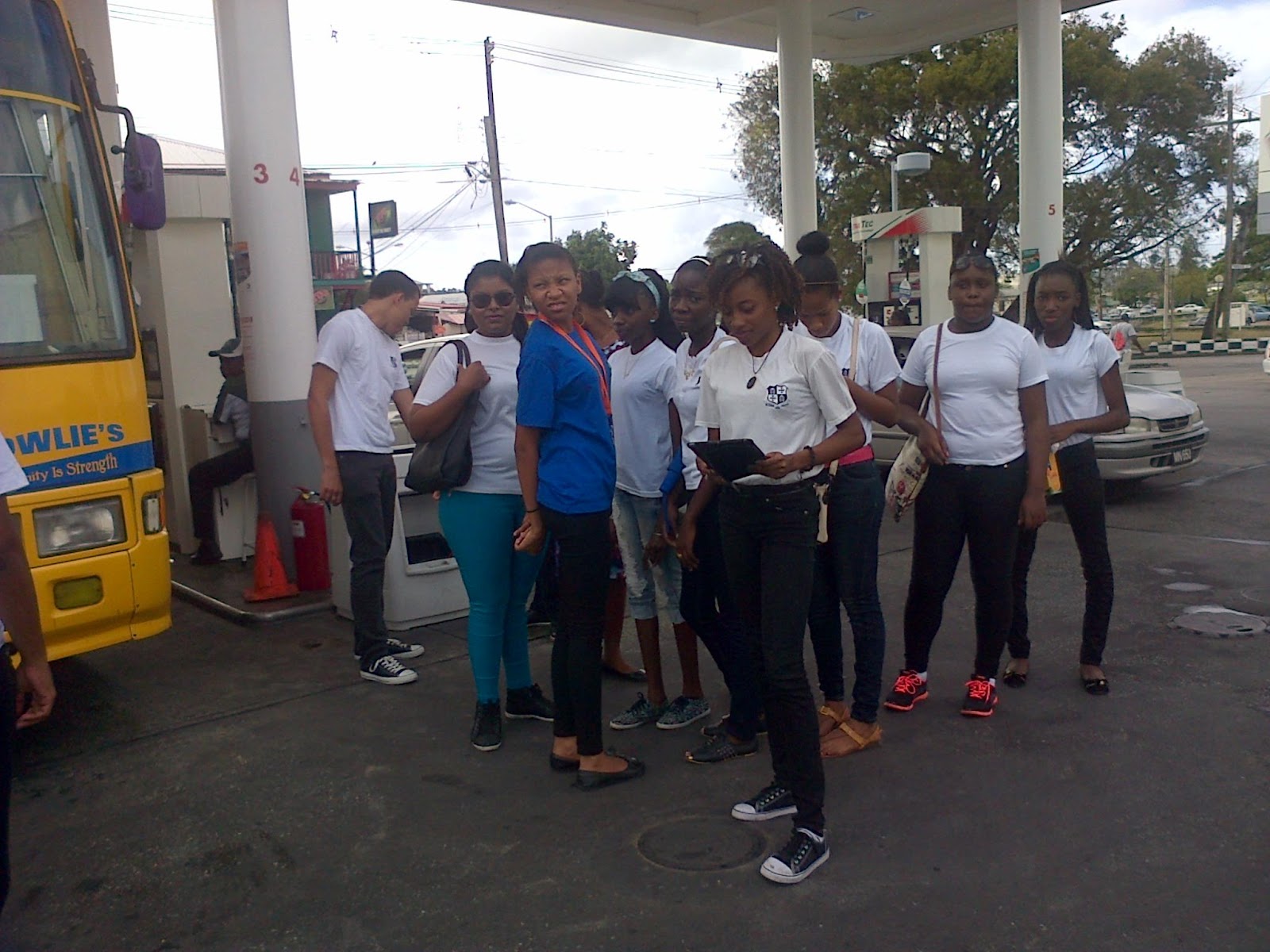 On our way to the University. 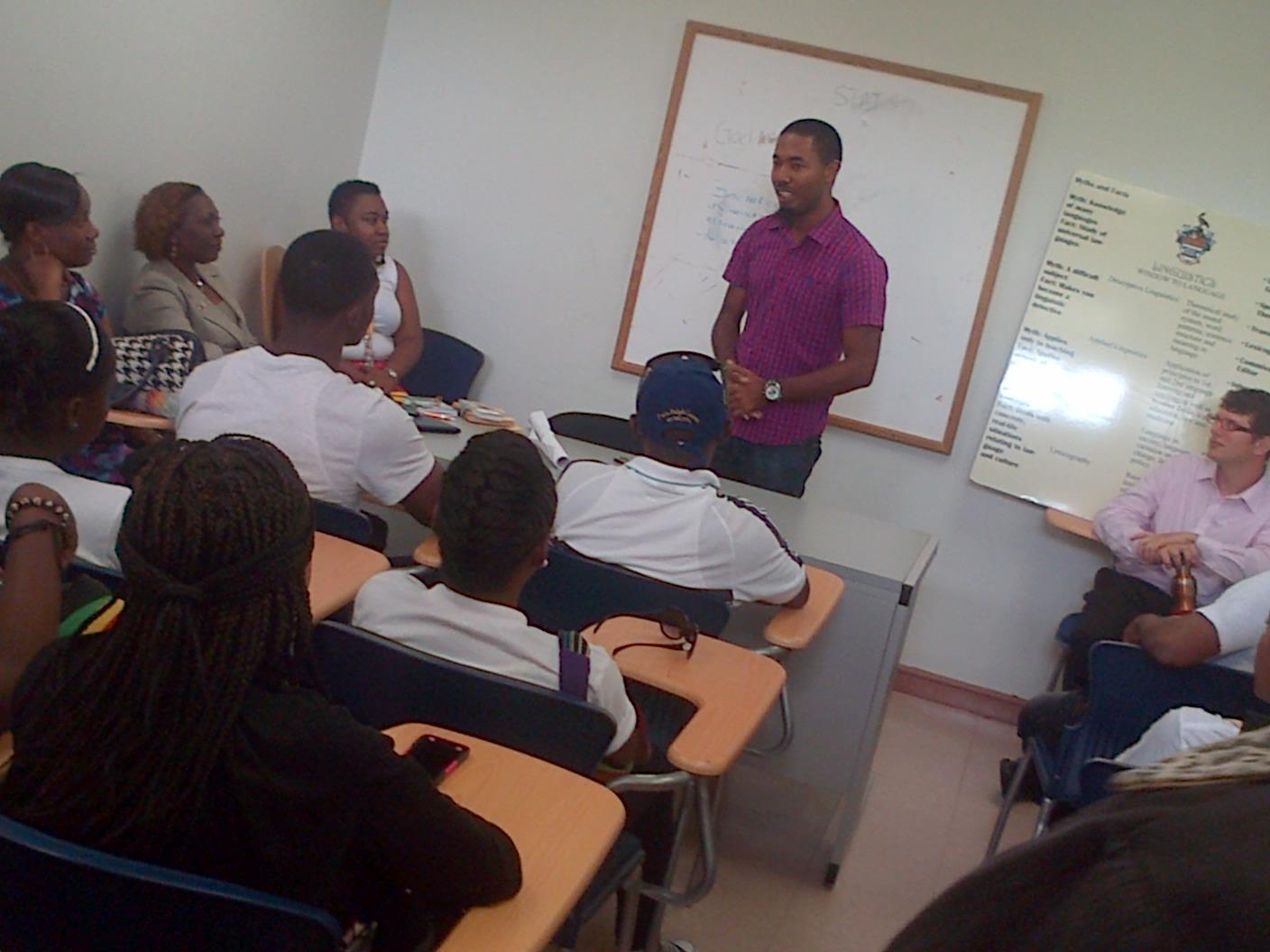 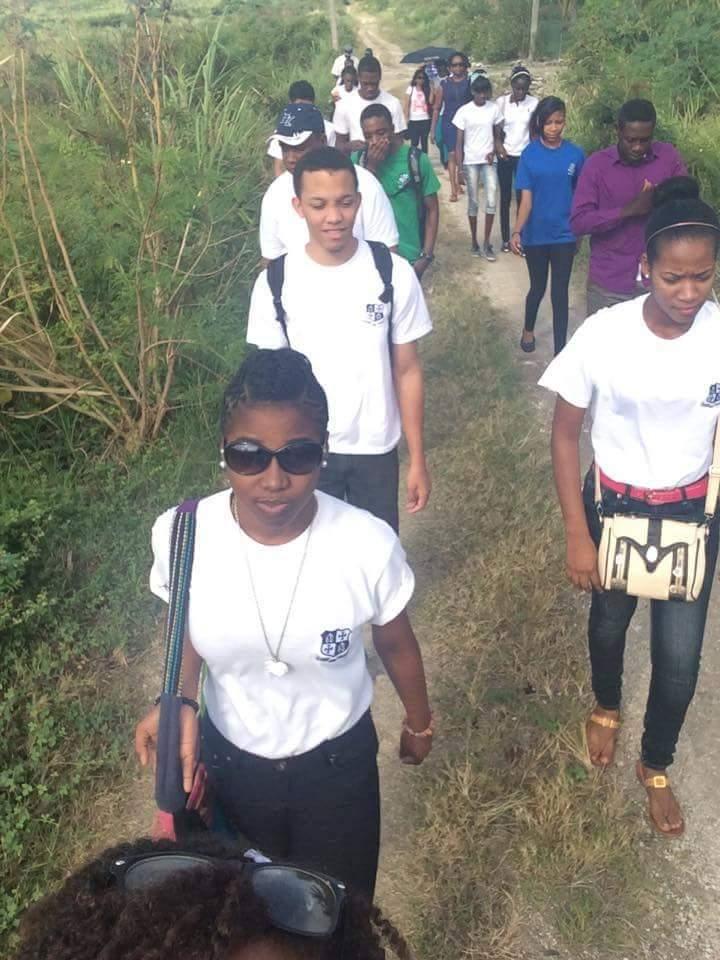 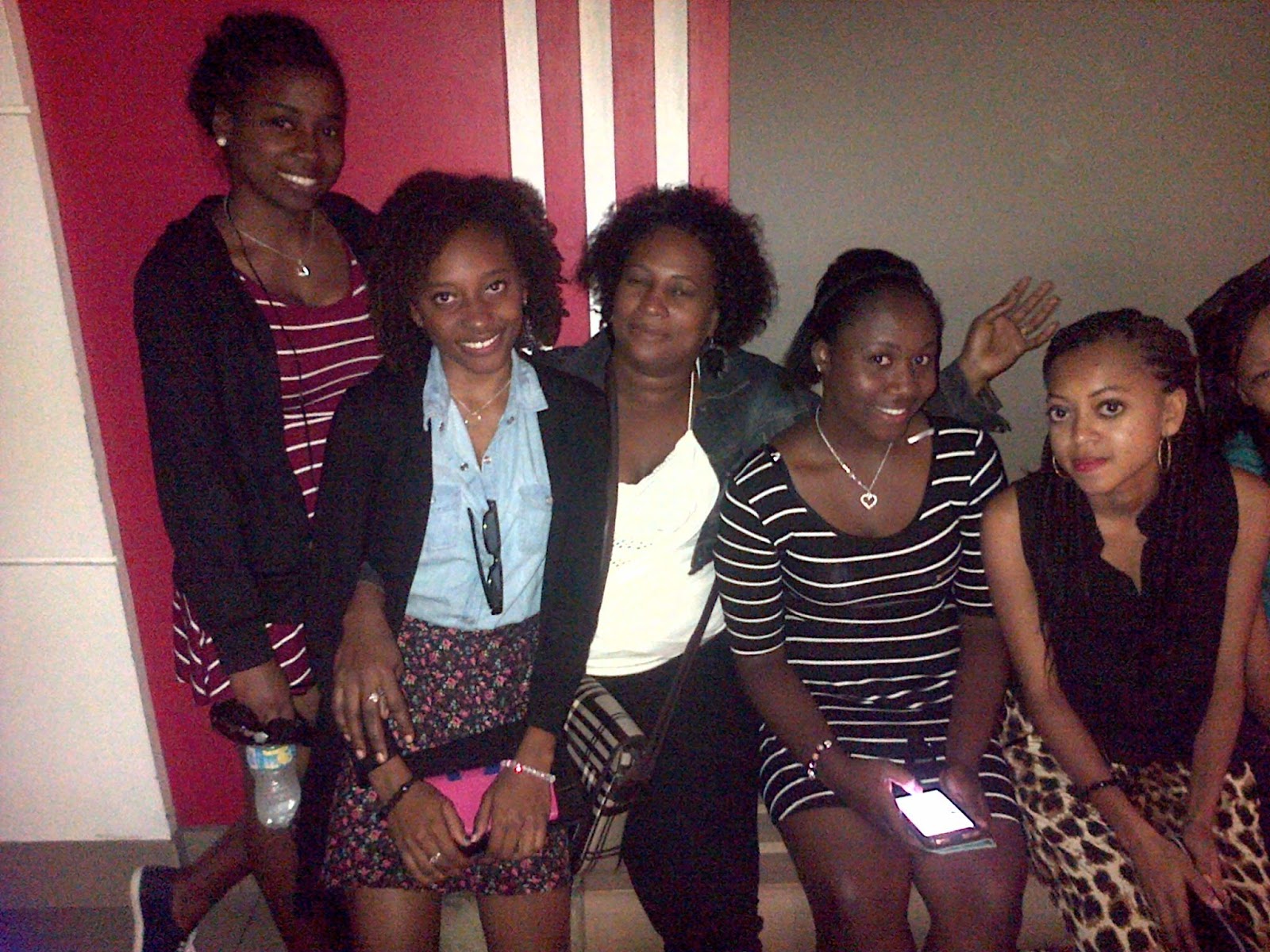 My girls and I at the Sheriton Movie theatre. 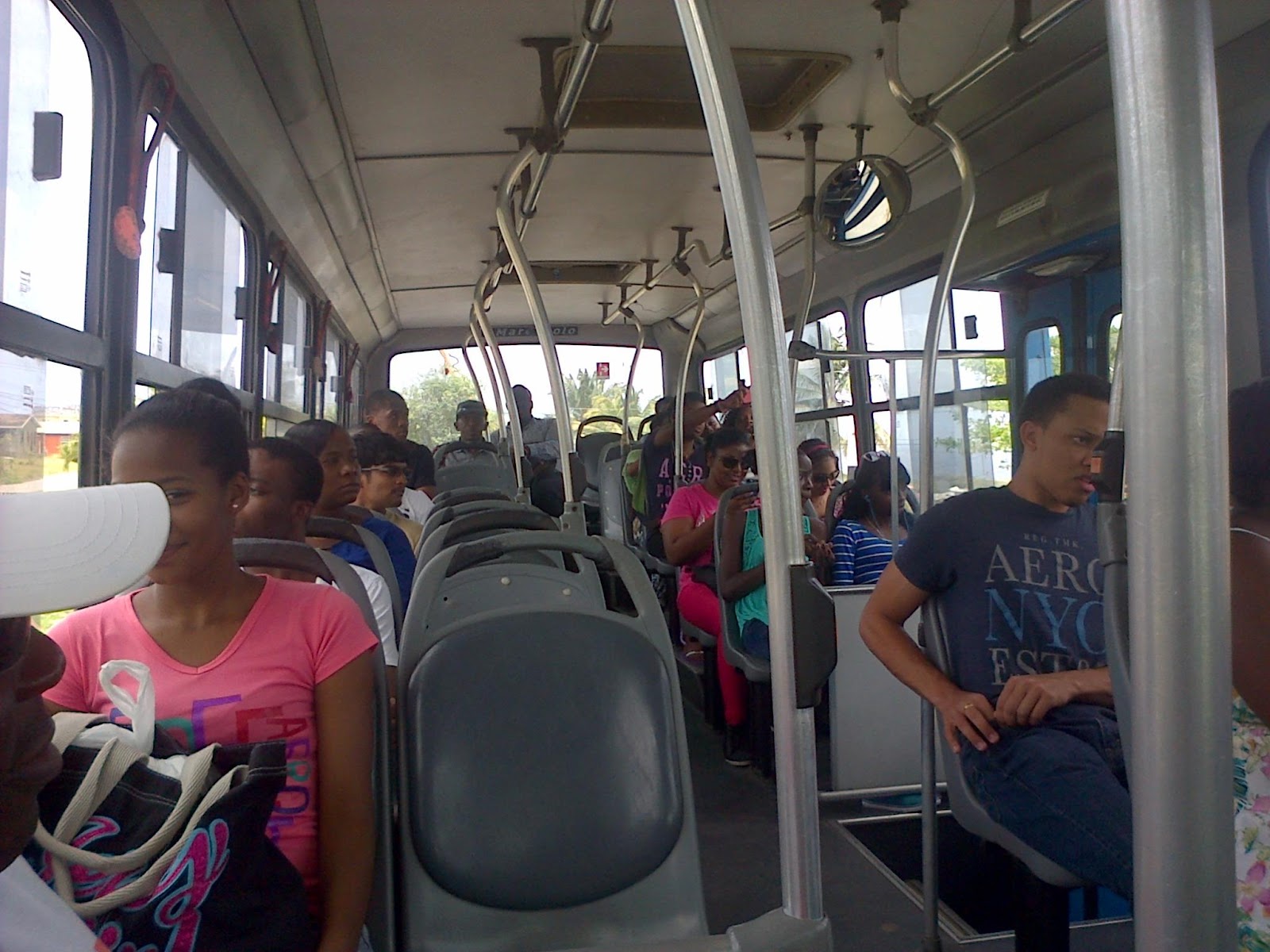 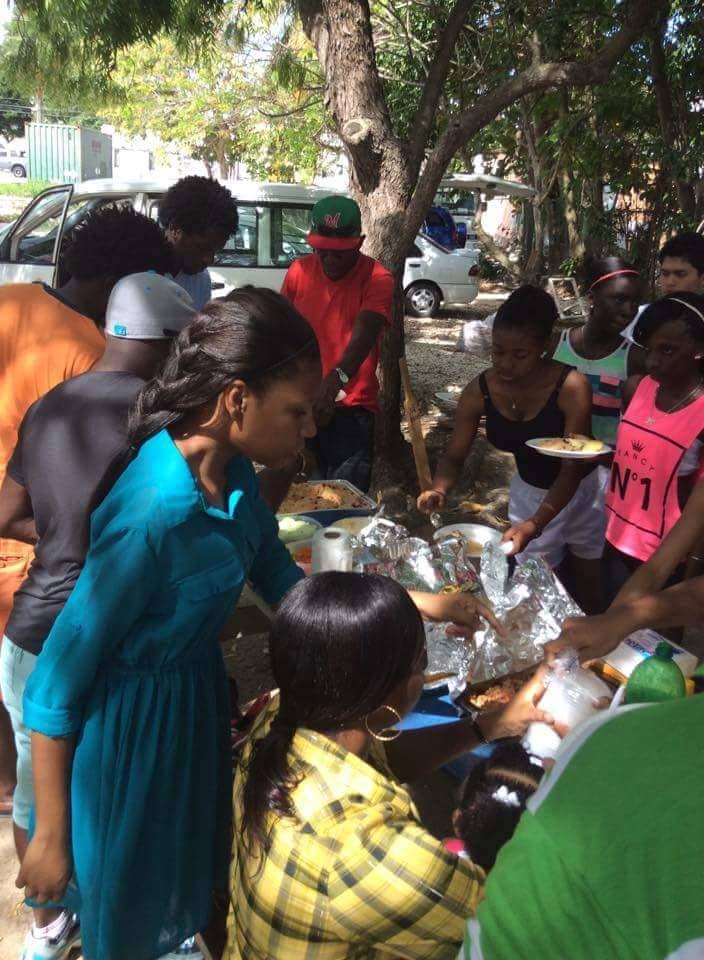 Picnic in the park. 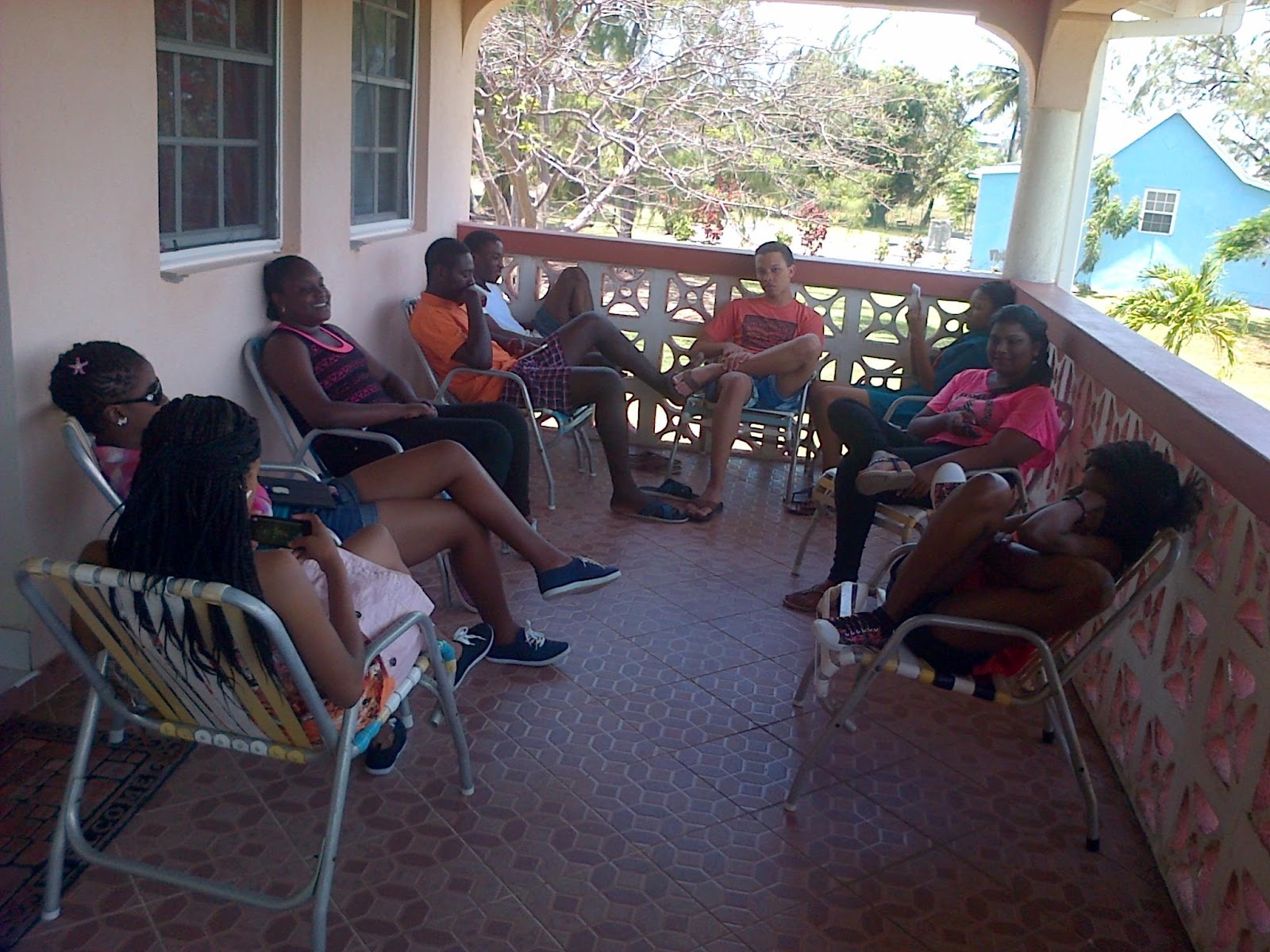 Wifi corner at THE WISH Centre. 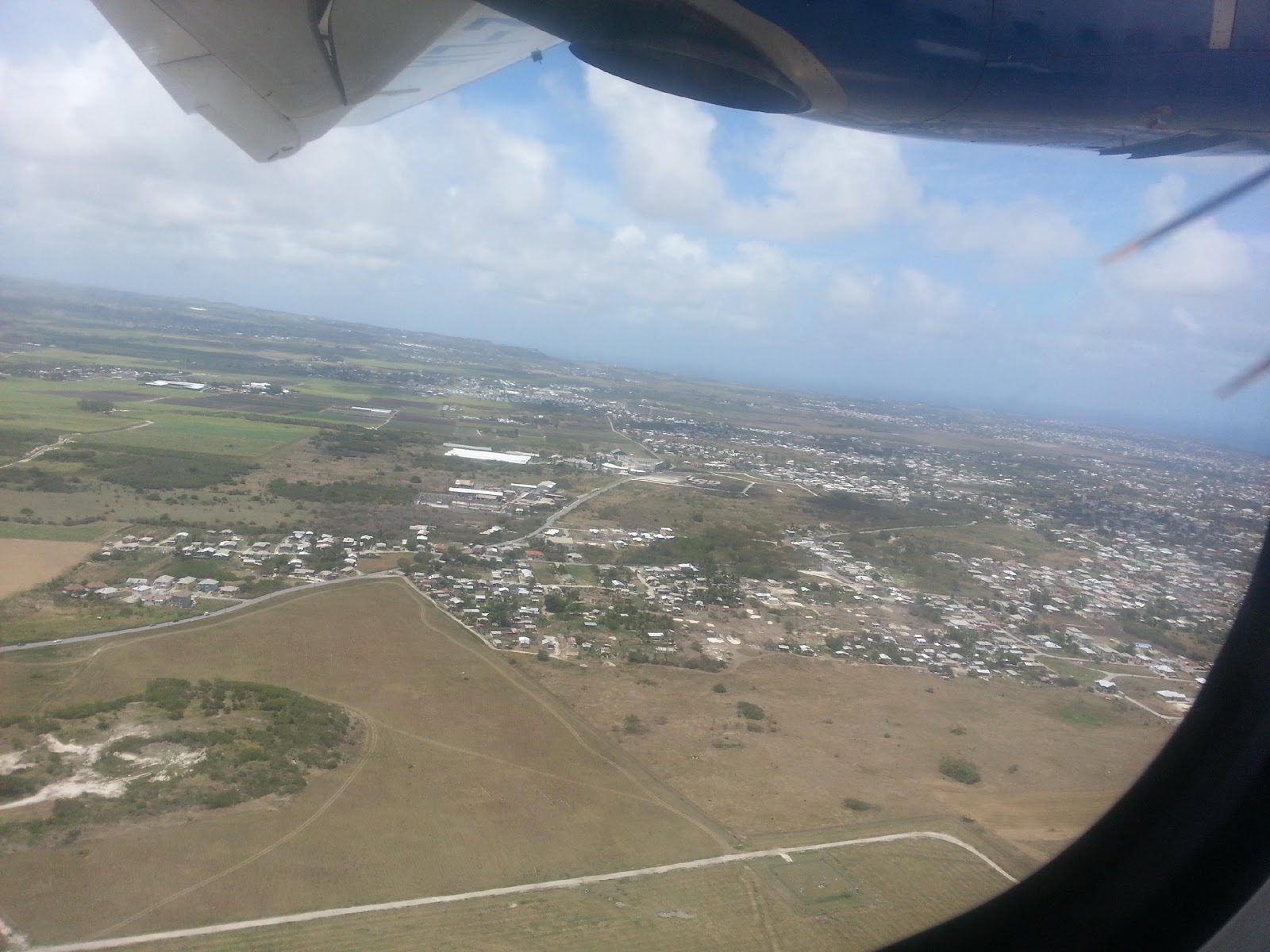 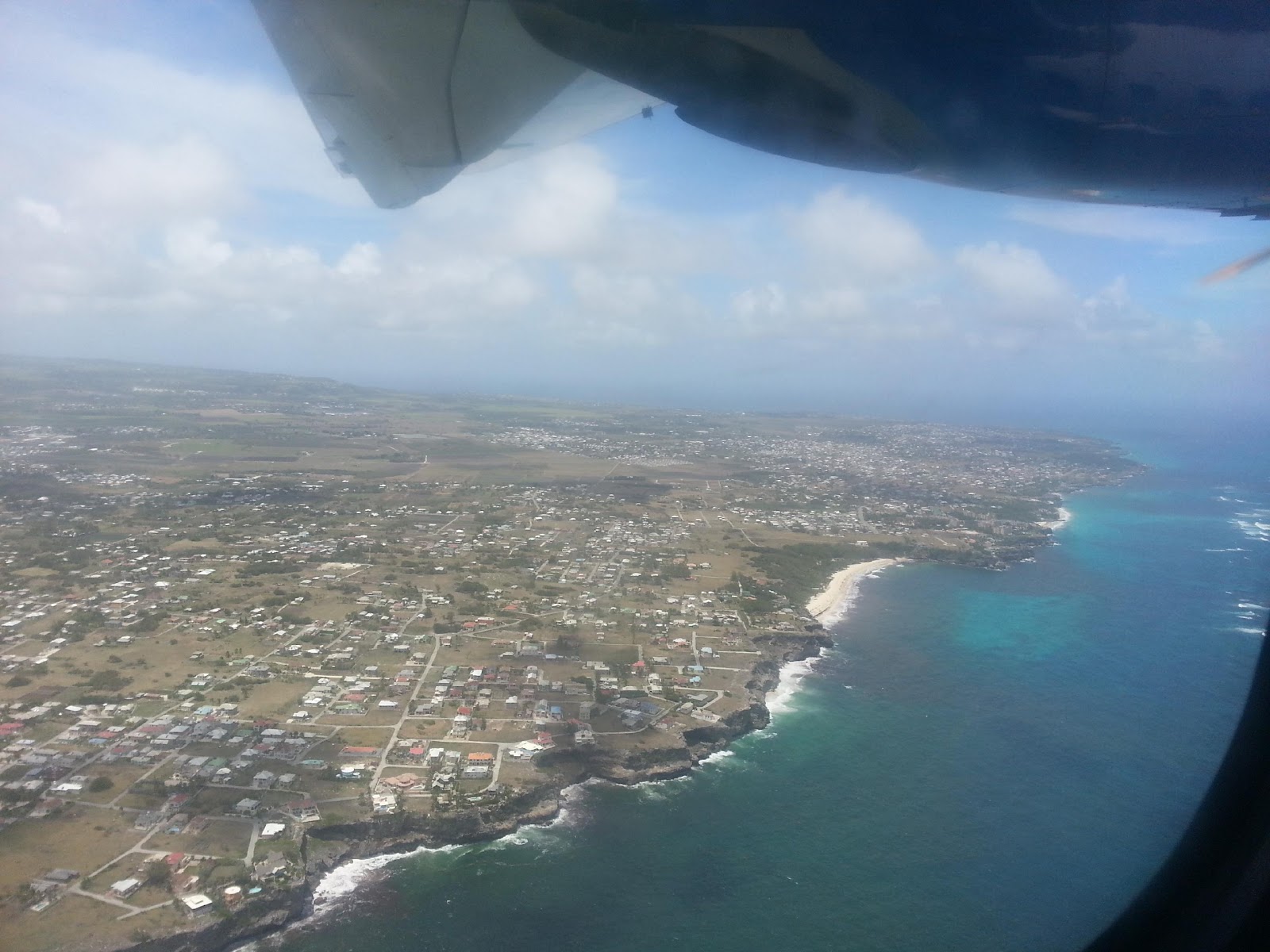 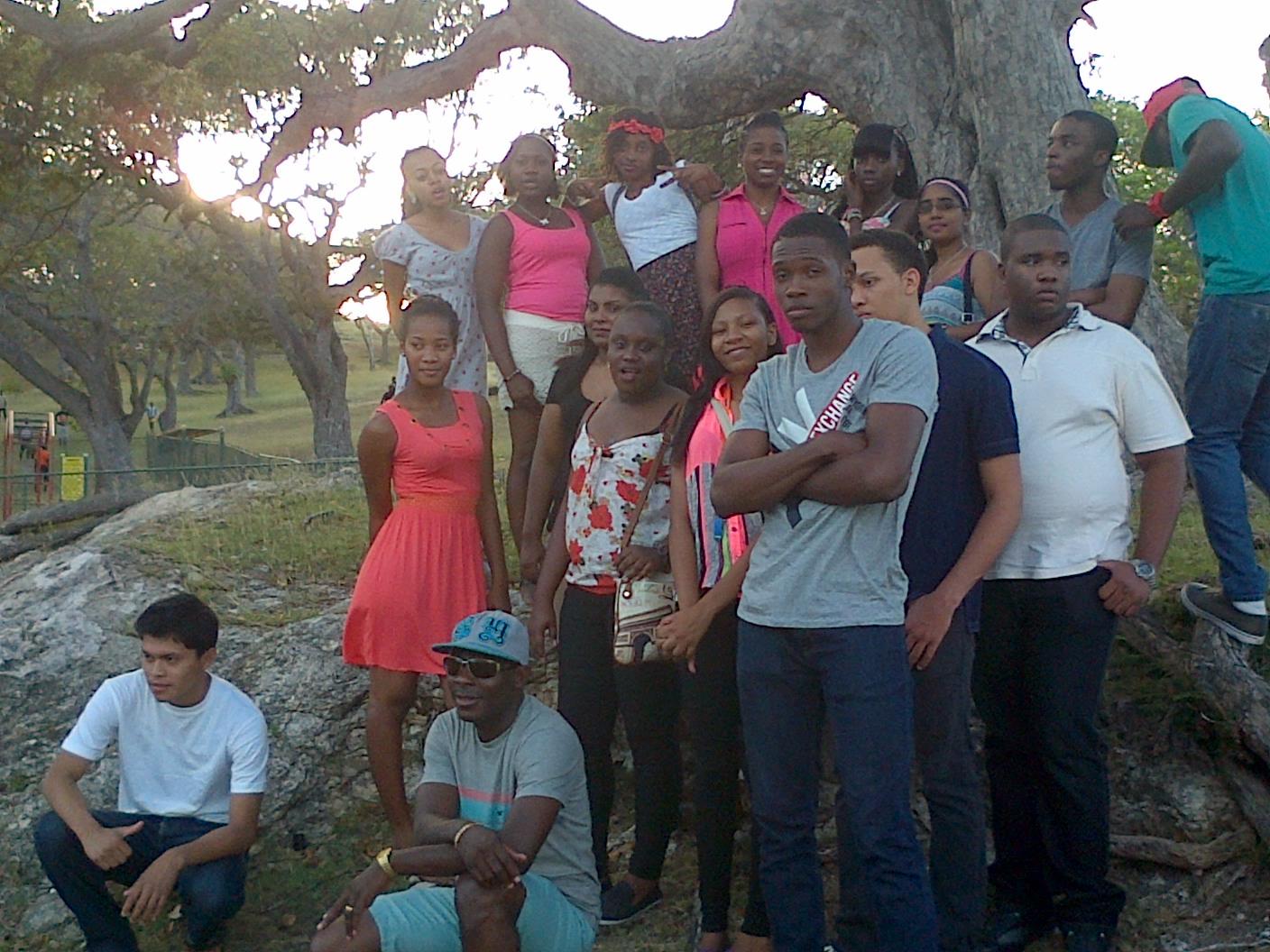 Heading to meet the locals. 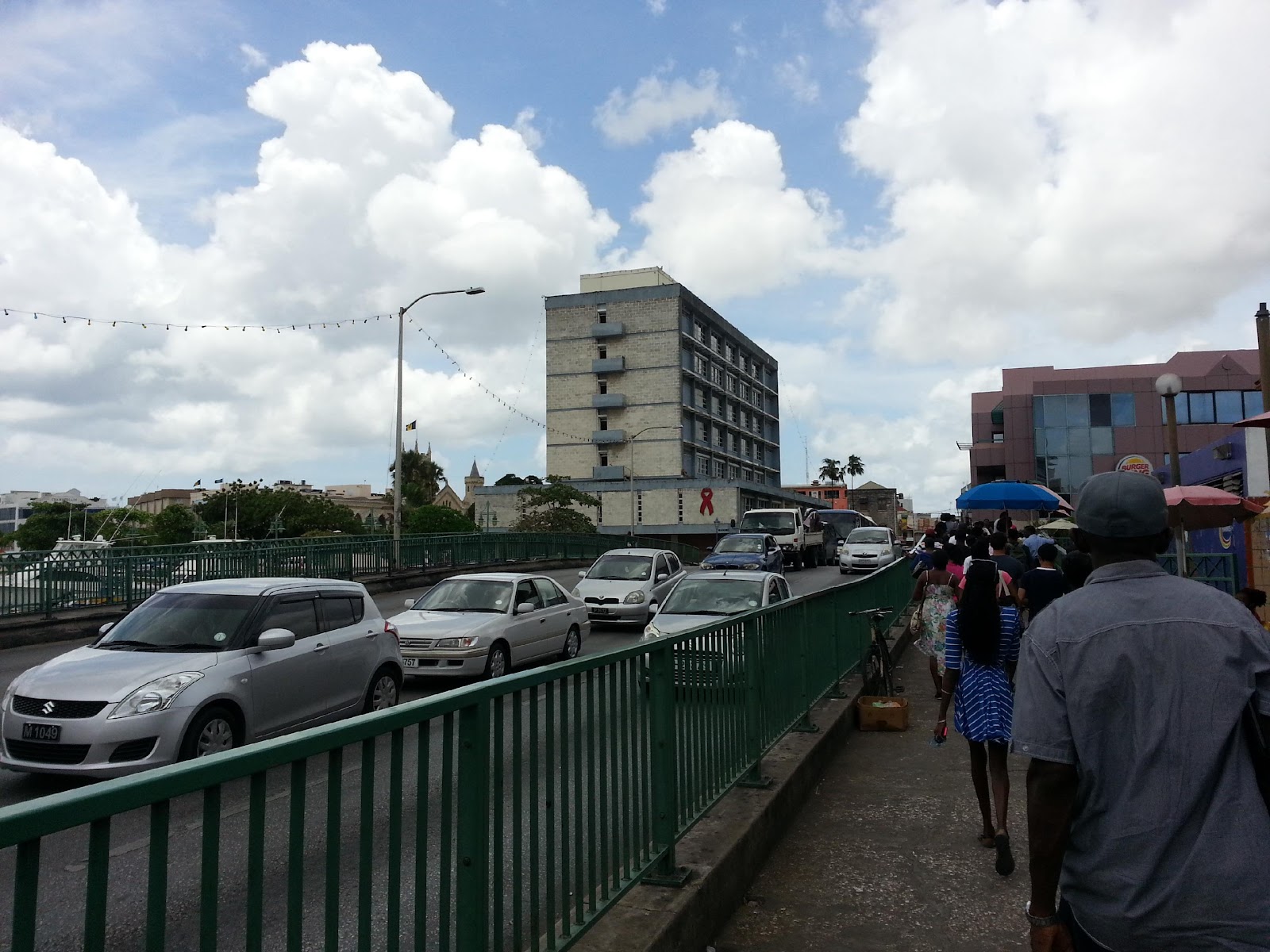 Posted by Pragmatist at 1:56 PM No comments:

49 years ago this very day I was at another inauguration.
It was not the beginning of a new government; but the beginning of a new nation - our Guyana, whose flag was raised this morning and whose founding fathers were remembered with honour, as they should be, regardless of Party or of race.
This is a time for healing in Guyana, and I commend the spirit of unity that permeates these commemorations.
At Independence, we aspired to Guyana’s worthy destiny through being one nation and one people.
We were one people then and have been ever since - save in our politics through which we deceive ourselves into believing that our motto of ‘one people’ is false.
It is not false; and we must not let the vicissitudes of politics and the discord inherent in the democratic process diminish our ‘oneness’.
At moments of transition like this it is the duty of all to work hard at destroying the myth of otherness and at cultivating by conscious effort the reality of oneness that is our historical birthright .
Guyana is on the cusp of a great future.
El Dorado may have been a City of the mind; but our country of one people is poised for greatness.
The quality of our human resources match the richness of our natural resources and in their fusion is our future.
But there are great challenges ahead; both internal and external.
Which is why ‘national unity’ must not be an empty slogan but a living credo – an ethic of governance.
I congratulate the coalition of parties that has taken a courageous first step in this direction, and I praise our people who have answered the question: ‘do you want us together, or apart’, in a definitive way.
For  ’national unity’,  this is, of course, not the end of the journey; but let it be the beginning of a journey that never ends.
And our aspirations must not end nationally.
We are part of a larger family of the Caribbean Community which we had a major hand in bringing to creation and to which all within the Community need to be vibrant and faithful in fulfillment of its integration goals.
We cannot be a model of good governance at home if we do not acknowledge that wider Caribbean homeland, and give leadership in occupying it together.
All that, I believe is within the compass of the vision that marks this time of transition.
This Inauguration is symbolic of great ambitions for Guyana.
Guyana’s eighth Executive President, His Excellency Brigadier David Arthur Granger MSS, whose Inauguration as President we are gathered to witness and acclaim, has already in these earliest days of his presidency brought a touch of healing and its concomitant quest for unity to our country.
It is our solemn duty to support his administration towards fulfillment of the trust the people of Guyana have reposed in him and his coalition colleagues.
May divine blessings crown these efforts and bring forth Guyana’s renewal, through the effort and cohesion of all its people.
The task is not impossible; indeed, it is within our grasp – particularly the grasp of our young people – who want to build a future, not look backwards to  the past.
Let this nation now run swiftly the race that is set before it.   Let Guyana arise as a model of good governance in a framework of tolerance, respect and shared ambition.
Onwards – upwards – may we ever go : TOGETHER
http://www.guyanatimesinternational.com/?p=34187
https://barbadosunderground.wordpress.com/2015/06/10/national-unity-and-modernity-priorities-for-guyanas-new-coalition-government/
https://barbadosunderground.wordpress.com/2015/06/10/national-unity-and-modernity-priorities-for-guyanas-new-coalition-government/
Posted by Pragmatist at 1:22 PM No comments: