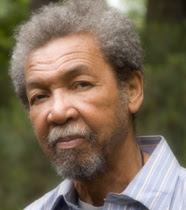 Alumnus, Stanley Greaves, studied art in Guyana (with Edward Burrowes in the Working Peoples' Art Class), UK, and USA (Fulbright Scholarship Award), earning a Bachelor's of Fine Arts degree from University of Newcastle-upon-Tyne in England and a Masters of Fine Arts degree from Howard University, where he did printmaking and sculpture. He works in different media and has exhibited in the Caribbean, United Kingdom, United States, Brazil and Columbia. His work is represented in the National Collections of Guyana and Barbados, and private collections internationally.

For 11 years (1975 to 1986), he headed the Division of Creative Arts at the University of Guyana. In 2002, his poetry collection “Horizons” won the Guyana Prize for Literature. He has published two volumes of poetry and co-authored the anthology “Art in the Caribbean” with Caribbean literature and art historian Anne Walmsley.
He was elected Distinguished Honourable Fellow at the University of the West Indies – Cave Hill in 2003 and is also the recipient of the gold medal for painting at the Santo Domingo Bienniale.
Stanley has been residing in the USA since 2008.