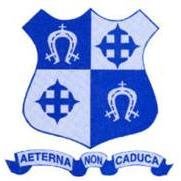 STABROEK NEWS
Dear Editor,
I read Frederick Kissoon’s letter of Dec 11, 2014, titled ‘A donation to UG would have meant the destruction of the documents’ and feel I must share an experience in the hope that those in responsible positions may be helped in their administration of our archived resources.
With no confidence in the record-keeping abilities of a St. Stanislaus College that fell into the total control of the then Ministry of Education, my successor as editor of the annual College Magazine made a decision to entrust the entire editorial collection in 1983 to the Caribbean Research section of the University of Guyana Library. He had consulted me and I thought it was a good idea, if only because I was also working at UG and I knew and had great respect for the librarians there.
With the advent of the age of digital technology, the St. Stanislaus College Alumni Association of Toronto (SSCAAT) in Canada, our leading overseas old students chapter, began a project, ca. 2008, to digitise all the St. Stanislaus College Magazines, from their foundation in 1943 under Principal and editor of the College Section Francis J. Smith SJ, President of the St. Stanislaus College Association John Fernandes, and editor of the Association Section P. F. De Caires.
I joined the online team led by physicist John Sparrock, a Guyana Scholar of the 1950s, now retired and living in the USA. We solicited and received some copies of the magazines. Those from retired justice Desmond Burch-Smith got us going. We scanned, converted to suitable word processing formats, edited and proofread them. Even with the latest optical character recognition (OCR) technology, the amount of work was tremendous; and the few aging volunteers, one each in Barbados, Canada, Guyana, and the USA, meant that only some issues are presently characterised as reasonably well proof-read.
Many issues were still missing, so I applied to the UG library to allow us to scan their collection. They were in the reference archives (or something like that) and not available to the public except by request. I requested and was eventually given permission to scan. But the helpful assistant librarians could not find many issues, especially the early ones, even after diligent searches.
I could not ask the librarians I knew in 1983, because they had all long retired or left this world. They could not have been lost in the 2005 flood, because I was shown where they were kept in the top floor. They simply went unaccountably missing from a place not accessible to the public.
Fortunately, the Society of Jesus heard of our plight and graciously allowed access to their archives. The strictness with which these are kept, even towards brother Jesuits, must be evidently why God entrusted the preservation of the sacred scriptures to men of such discipline through the ages. They become seriously upset if there is any hint my discipline in the use of the material does not match theirs!
Please allow me to appeal to any St. Stanislaus old student who may read this that we are still missing the 1969 issue, which somehow did not get into the Jesuit archives. I can be contacted at a.bhulai@st-stanislaus-gy.com to work out how to get it. Volunteers for proofreading will be very welcome.
Dr Sparrock believes that our efforts to digitise the St. Stanislaus College Magazine is the first such in the Caribbean. Do let us know if otherwise. Much of the work is available for viewing on the St Stanislaus College website with URL http://saints.edu.gy/Magazines/SSC-Magazines.htm.

There are articles on travels in that era, few more riveting than C. P. De Freitas’ description, in the Oct 1943 issue, of his work as a member of the British Guiana Boundary Commission. A perusal of this article should quickly reveal that the visual acuity of the elderly proof-reader was unable to rectify the random punctuations induced by OCR technology – and lend weight to my appeal for help. ‘The inside story of the “Girl Pat” labels’ in the 1946 magazine, a tale of postage stamps and a recaptured runaway trawler, shows that Guianese were just as enterprising in those days as the Guyanese hustlers of today. Other digitised works, like Norman E. Cameron’s “150 years of Education in Guyana (1808-1957)” and the official 1924 history of British Guiana can be found at http://saints.edu.gy/History/SSC-History.htm.
The College Sections will verify just who was faster than who in athletics, indicate when the rains flooded the place from Hadfield Street to Brickdam, demonstrate that QC beat Saints so often in cricket and football that wins by Saints were sometimes rewarded by half-day holidays, and record who attended the College or taught there in what years.
We can come by details of times gone by only by those who take the trouble to make and preserve the records. Saints alumnus Dave Martins contributes weekly columns with vignettes of his experiences, which are automatically archived in the Stabroek News web server. The present generation can reinforce their influence on the future by continuing grand traditions like School Magazines and Yearbooks. There is now a plethora of cameras and other gadgets, a far cry from the days when I had to print my own B&W magazine photographs in the Saints labs at night. So I am also using this opportunity to appeal to alumni still alive and able to join the various alumni associations (in Antigua, Barbados, Canada, England, Guyana, and the USA) to contribute to this effort, or at least to send in news of themselves for possible publication in online editions of the College Magazine that may become realized.
Yours faithfully,
Alfred Bhulai  Exaudi Domine justitiam

Posted by Pragmatist at 6:39 AM