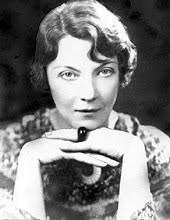 
She was born Ella Rees Williams to a Creole mother and a Welsh-born doctor in Roseau, on the Windward Island of Dominica. As a white girl in a predominantly black community, Rhys felt socially and intellectually isolated; in 1907 she left the island for schooling in England, returning only once, in 1936. Although Rhys's attitude to her birthplace remained ambivalent throughout her life, the Caribbean shaped her sensibility. She remained nostalgic for the emotional vitality of its black peoples, and the conflict between its beauty and its violent history became enmeshed in the tensions of her own often-fraught personality.


Rhys's Dominican background is important to her works, playing a part in both her longer fictions like Voyage in the Dark, and in short stories such as "The Day they Burned the Books." Dominica is the most rugged of the Caribbean islands. Its peaks rise to more than 5000 feet despite being only 29 miles long. The violent contrasts between dense vegetation, deep gorges, waterfalls and stretches of arid wasteland are totally unlike the atmosphere that Rhys was presented with upon her arrival in Britain. The irreconcileability of the landscapes is evoked in Wide Sargasso Sea when Rochester's attitude to the beauty is to mistrust its lushness -- "what an extreme green!"


Rhys identified with the Negro community in her childhood, and indeed throughout her life, although she came to realise that her world could never align itself with that of her nursemaid, Meta, and other Negro mentors. She envied the Negro community its vitality and often contrasts the sterility of the white world with the richness and splendour of black life. Themes of attempted friendship with black girls recur in her work, an obvious example being the figures of Tia and Christophine in Wide Sargasso Sea, but Anna Morgan in Voyage in the Dark also attempts to find a friend among the Negro community.


Rhys's early life paralleled that of other postcolonial writers who have felt themselves betrayed by the reality of Britain; it was only when she was in her seventies that she found a social niche in England. Shaped by her instinctive drives and created out of the struggle to comprehend her own isolated predicament; her writing was obstinately unconventional. In part, this prevented her work from receiving due recognition for much of her lifetime.


Rhys's short fiction shows a remarkable variety of themes. A significant number of stories recall her childhood in the Caribbean and range from a girl's cruel sexual awakening ("Goodbye Marcus, Goodbye Rose") to incisive sketches of the narrowness of small-island life ("The Day They Burned the Books"). Others, such as "Vienne," reflect Rhys's restless bohemian life in Europe. In "Let Them Call it Jazz," she assumes the personality of Selina, a black West Indian in London, whose struggles parallel her won. However, although Rhys declared "I have only ever written about myself," it is important that her life and her writing not be confused. Her first published novel was Postures (1928, American title Quartet: A Novel, 1929). While it lacks the confidence of her later work, in the character of Marya Zelli it introduced what was to become the recognisably Rhys heroine -- sensitive, sexually attractive, and vulnerable, with a tendency to self-defeat. It also shows Rhys's stylistic control in moving within characters and in observing them objectively, without irony.


In After Leaving Mr. Mackenzie (1930), the heroine is Julia Martin, who is recovering from the experience of sexual betrayal and attempting a futile liaison with the decent but inadequate Mr Horsfield. The moral descent is completed in Good Morning Midnight (1939), a brilliant evocation of psychic disorientation and despair. The heroine, Sasha Jensen, remembers a life of love and defeat and faces the ultimate darkness suggested by the novel's title. Told in first person narrative, alternating between the past tense and the continuous present, Good Morning, Midnight is a technical tour de force.


Voyage in the Dark (1934), Rhys's third published but first-written novel, is her most autobiographical work of fiction. Its heroine, Anna Morgan, aged nineteen, has come to England from Dominica. The novel opens with a compelling evocation of the Caribbean, its colours, sights, smells, and warmth. As the novel recounts Anna's attempt to come to terms with her new life the inner narrative traces a remembered life in the Caribbean.


Rhys disappeared from public view until 1958, when the BBC dramatised her Good Morning, Midnight. The publication of Wide Sargasso Sea followed in 1966. Jean Rhys's great-grandfather, John Potter Lockhart, acquired a plantation in Dominica in 1824. After his death in 1837 his widow was left to run the estate. The riots in 1844 following Emancipation (see Slavery) led to the destruction of the estate and the burning of the house. Rhys visited the plantation and was affected by the experience. An awareness of this may help to explain some of the more ambiguous attitudes in Wide Sargasso Sea, such as Antoinette's caustic remarks to Christophine and Tia about their blackness. Rhys's own background, as well as Antoinette's, was that of the former slave-owning Creole community.


Rhys's final years brought fame and freedom from financial anxiety, but no work of similar importance. She published a collection of new short stories, Sleep it off Lady, and worked on her autobiography, unfinished at death, published posthumously as Smile Please: An Unfinished Autobiography (1979). Her letters were published in 1984 in England as Jean Rhys's Letters: 1931-1966, edited by Francis Wyndham and Diana Melly.


This project was completed under the direction of Dr Leon Litvack as a requirement for the MA degree in Modern Literary Studies at the Queen's University of Belfast. The site is evolving and will include contributions from future generations of MA students on other writers and themes.
Posted by Pragmatist at 6:57 AM